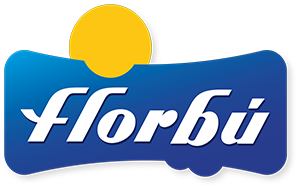 ARTIACH sued the company LA FLOR BURGALESA as it understood that some of its trademarks had been infringed, among them, the trademark “DINOSAURIOS” and as it was considered that the cookies Gallesauros were unfair competition regarding its product and caused confusion to the consumer, as well as it entailed a misappropriation of another party’s reputation or efforts. In the judgment of 3 April 2019 the Commercial Court No. 8 of Barcelona has ruled that there is no likelihood of confusion between the trademark DINOSAURIOS and GALLESAURIOS and that the actor cannot try to extend the protection granted by a trademark registration of the silhouette of some dinosaurs to other cookies in dinosaur forms as the claimant’s trademarks are not three-dimensional and, besides, said form belongs to the public domain. Likewise, the judgment considers that the trademark DINOSAURIOS is not well known in Spain. Finally, it is rejected the existence of unfair competition.

Beefeater and Allied Domecq and Pernod Ricard (distributor and licensor in Spain) sued Araba Foods for Beefeater trademarks’ infringement and unfair competition (since the way in which the gin Sota de Bastos is presented seems very similar to the Beefeater bottles). The Provincial Court of Alicante, recognises that Beefeater is a well-known trademark and concludes that, considering the great similarity that the confronted signs have as a whole, the goods in question evoke Beefeater trademark and take unfair advantage of its renown. Besides, the Court considers that there are unfair competition acts. The Court settles a compensation for the infringed trademark owner and another for the distributor in Spain for unfair acts.
.

For the first time in Spain it has been stablished by a court order the cautionary blocking of websites with pirated content that provided the public with audio-visual works without authorization.
These acts are originated due to the claim of six great North-American film production companies (Disney, Columbia, Paramount, 20th Century Fox, Universal and Warner Bros) against Spanish telecommunications operators (Vodafone, Telefónica and Orange) before the Commercial Court number 9 of Barcelona, for allowing the access to illegal downloading websites, asking also for the cautionary blocking of the access to the pirate websites.
The judge granted the petition of precautionary measures through the judgment of 7 March in which it is ruled that the Spanish operators shall block or forbid by technical and mechanical means the access to their clients within the Spanish territory to the websites.

The creator of Seriesyonkis, as well as the buyers of it, disclaim any liability on the users of said platform. According to the defendant, it was the internauts who uploaded the links redirecting to the audio-visual works. According to the creator of the platform, he managed the technical aspects, but he never linked any of the series or films protected by copyright.